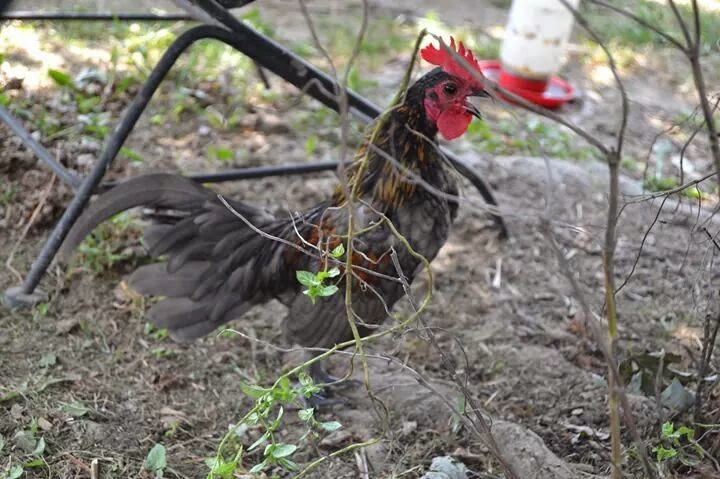 He was raised on a farm, and tilled the land. Working from sun up to sun down, one of those types. Taught by his mother to pray everyday. As a boy, they barely had enough. The garden was their bounty.

The dust and dirt, he worked. At the age of fifteen, he fell off the tractor and it ran over him, breaking his hip. Round here, fifty years ago, you didn’t go to the doctor. Not for a broken hip. You get up and make it work.

Over time the pain faded but he carried the limp with him the rest of his life.

Fresh back from the war, he met a woman. She looked like Olive Oil. She was nervous and wrought with grief. She carried a baby on her hip and one followed along behind her. As they walked down the road, the child wandered off, never to heard from again. I don’t know her name. No one does.

They married and raised the baby in a necessarily cold home. Ederd got a check and still worked. They always had a garden. Dot helped work it. She toiled over the rows and canned so they would have enough for the winter. She was too afraid to drive to town.

Ederd’s limp got worse. Soon he began sitting outside. Staring over the garden, into the sunset. He couldn’t walk anymore and repeated that routine for a couple of years.

His mean old neighbor gave him a chicken. A cocky little rooster that would sit with him and peck the ground around him. The chicken chased visitors away and was proud of himself. He was too small for the cock fights, but he didn’t know that.

Ederd refused food and water. Soon he began to smell. The stench filled the house. But, you better not call the doctor.

He got what he wanted. Seems like he always did.

He called on me before he died. But, he never said why.

The same day the coroner came to peel him from the bed sheets, the rooster also died. Call it a coincidence if you want. They weren’t buried together. But that chicken gave up the spirit on the self-same day.